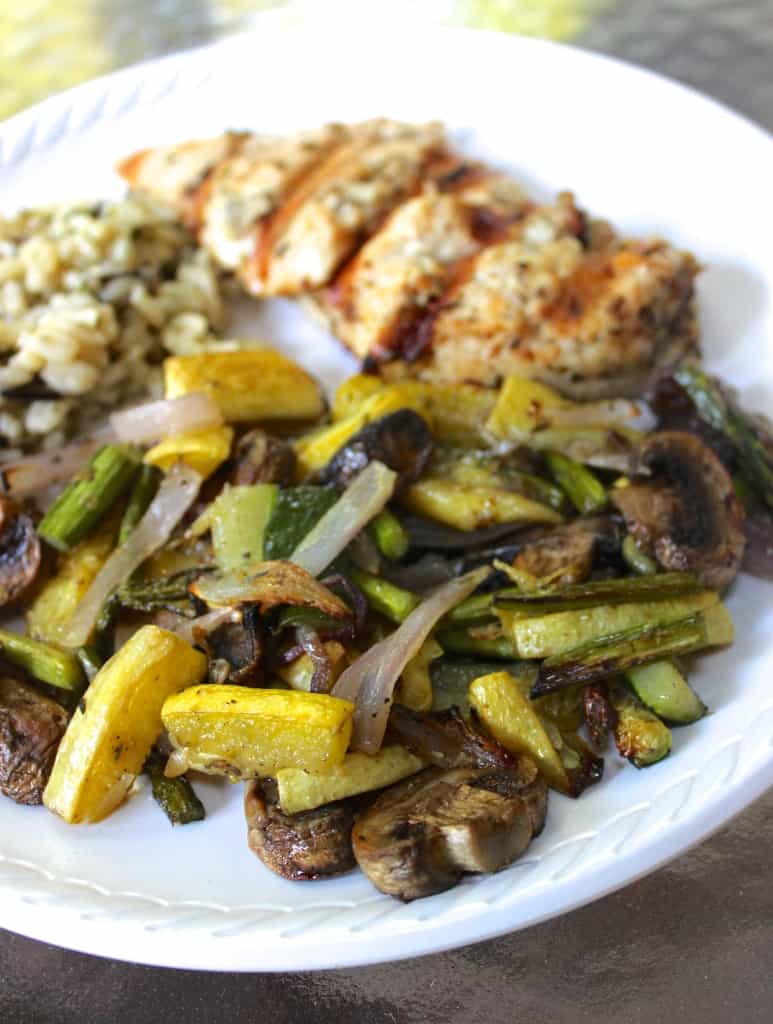 Hi, friends! The night before I left home for the summer, we had this lemon rosemary chicken with roasted summer vegetables and it was the perfect light, yet really filling and satisfying, summer meal. I was only originally planning on sharing the veggie recipe, but both of them ended up being really yummy, so I figured why not share both?

For the oven roasted veggies (or you could toss them into a grill basket instead of using your oven), I used mushrooms, red onion, zucchini, squash, and asparagus. Eggplant and bell pepper would also be wonderful additions to incorporate some other summer veggies. 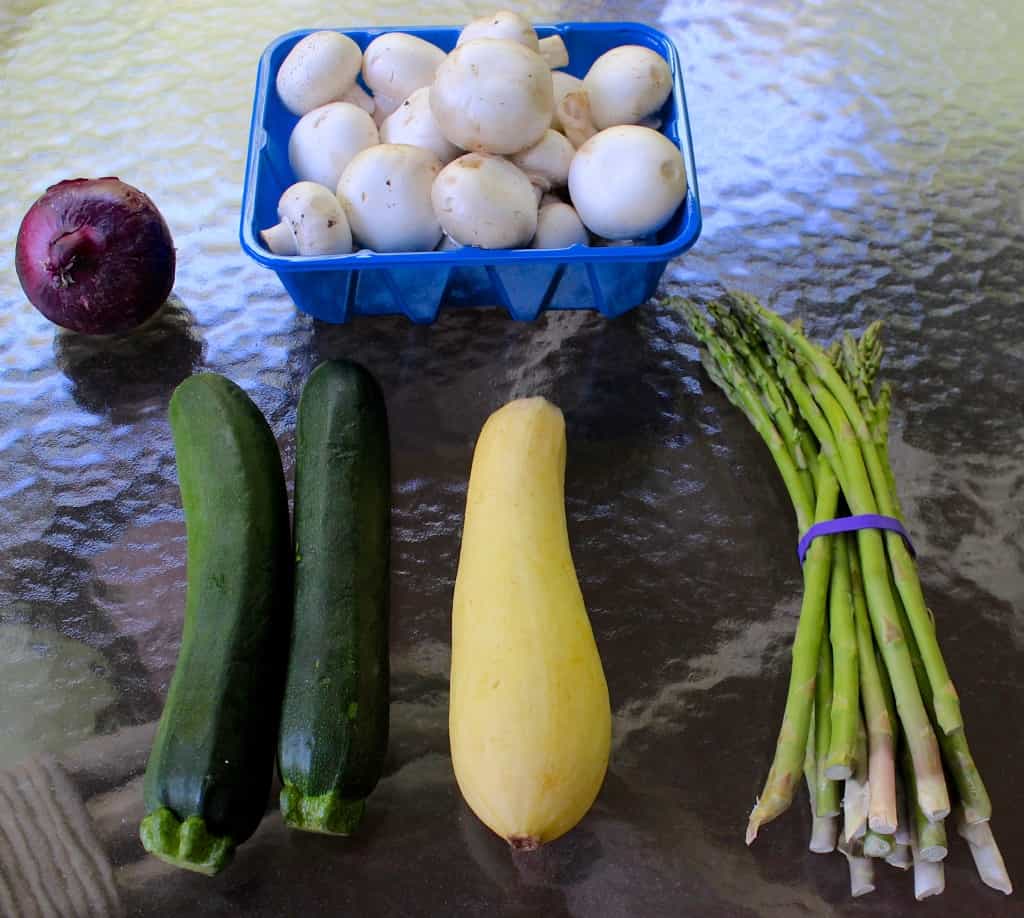 Sure, it’s quite a bit of chopping, but you can grab your most trusty knife, turn on your favorite Spotify playlist, and it can be kind of therapeutic and you’ll be done in 10-15 minutes. Or, you can enlist a helper or two 🙂 Either way! 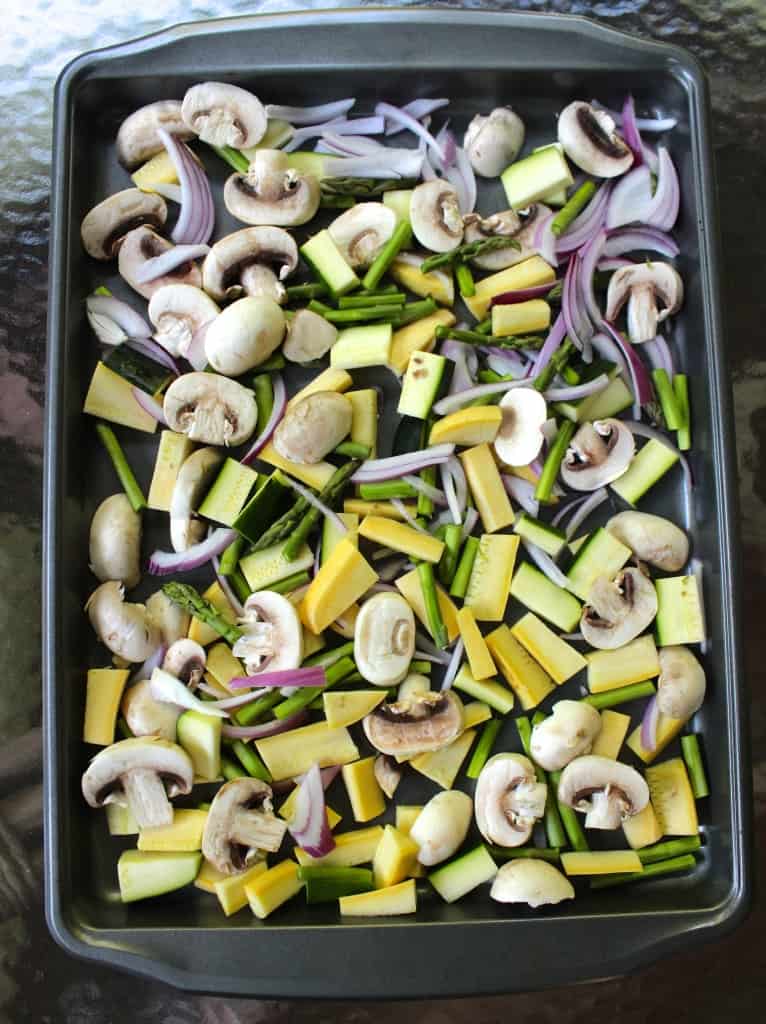 I actually used to hate squash and zucchini because I thought they were slimy, but it turns out that I love them when they’re roasted! Roasting adds lots of flavor and crispiness to the veggies. I’ve learned that the key to crispy roasted veggies is to not overcrowd the pan, because when that happens, the vegetables tend to steam and get soggy instead.

I also pat the veggies dry to get rid of any excess water before I add olive oil and seasonings, which may be overkill, but who likes soggy vegetables? Not I (clearly).

Next time, I’ll plan to use two pans because this was even a bit too crowded. 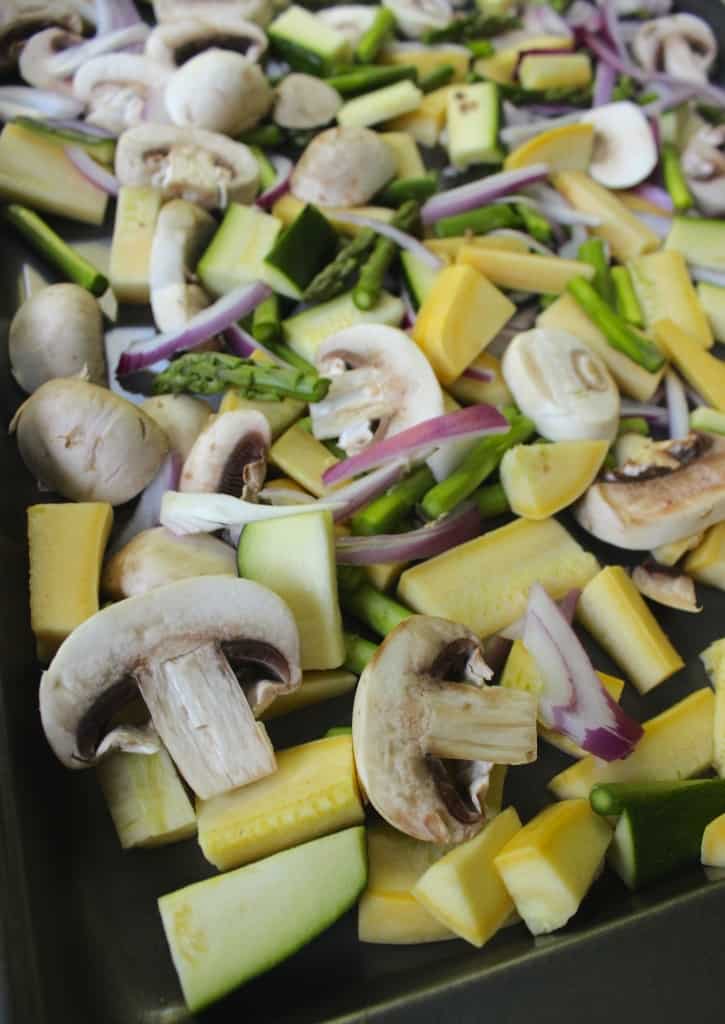 After the oven does its magic, you’re left with a pan of crispy, flavorful veggies! They shrink a lot in the oven, so I’d plan to make extra 🙂 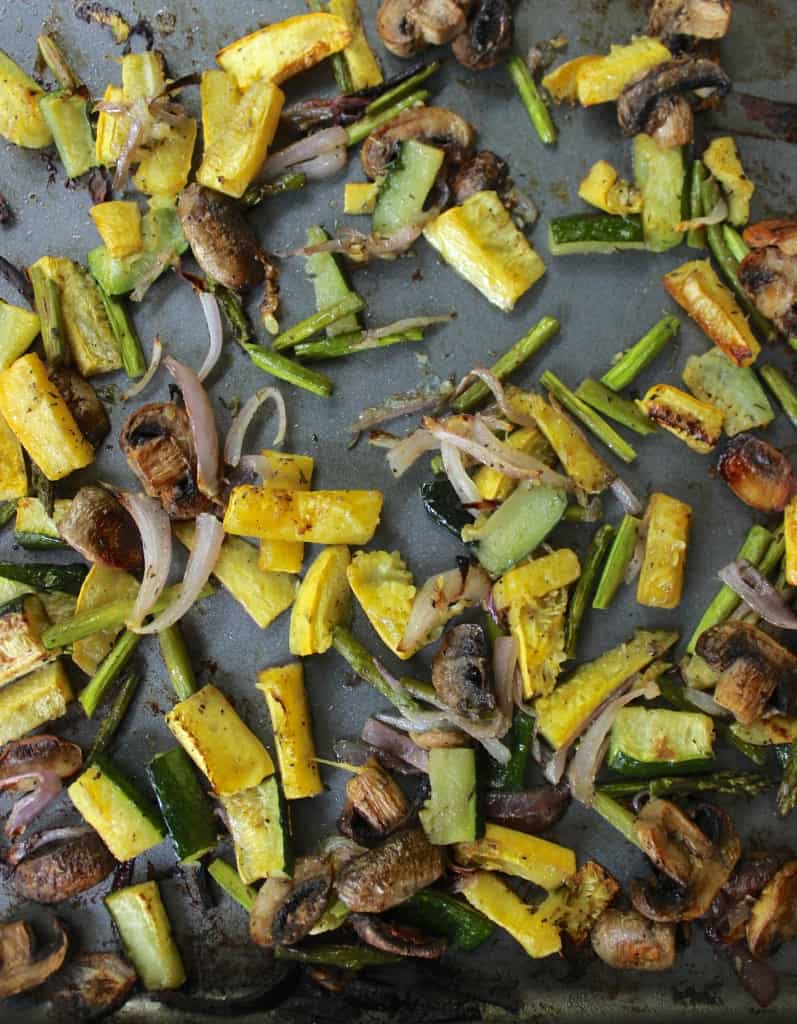 And then the chicken marinade is just a simple mixture of lemon juice, olive oil, Dijon mustard, garlic, rosemary, and salt & pepper. I like to save a little bit of the marinade to baste the chicken while it’s on the grill (okay, save it so I can have my dad baste it while it’s on the grill), so it turns out juicy and full of flavor. I’ll bet this chicken would also be awesome mixed into a creamy pasta dish. Enjoy! 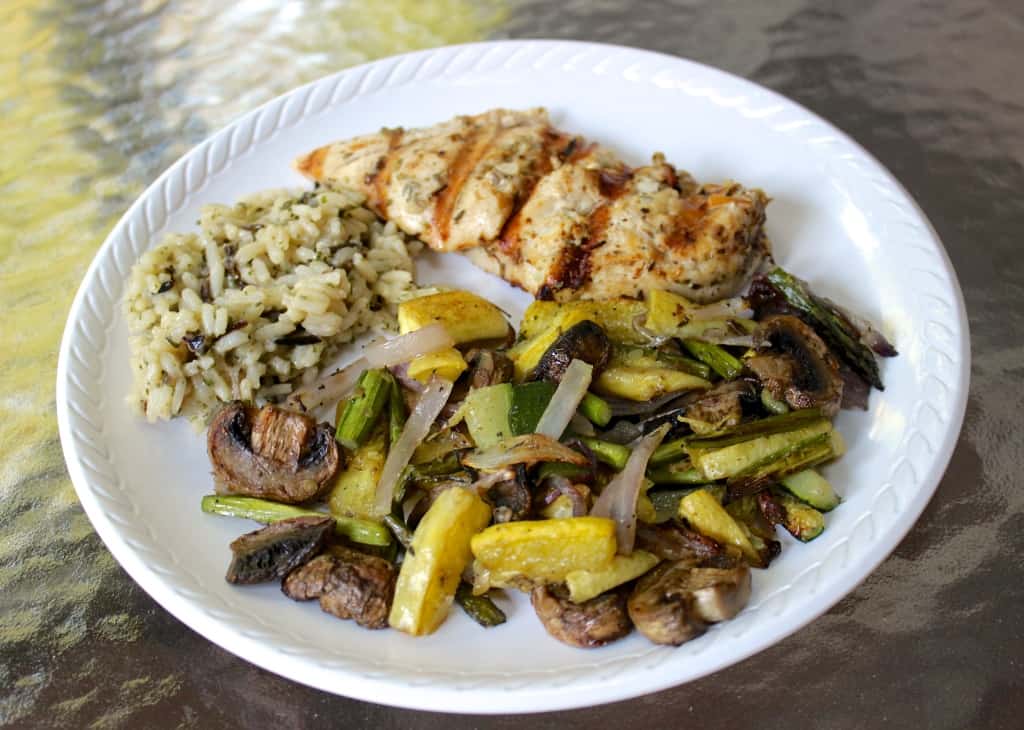 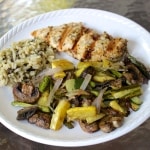 *I’ve realized that my schedule/Internet access will be all over the place this summer. I hope to still be able to post 2-3 times per week whenever possible, but since moving into my apartment on Tuesday, I actually still have no wi-fi. The upside? Way fewer distractions and I go to bed earlier (which is proving to be super nice since I’ve been having to get up between 6 and 7 a.m. to run). Downside to no wi-fi: I don’t get to blog as often as I’d like… but I’ll catch up with all of you as often as I can! And I’ll be traveling to New York City next week, so who knows what kind of adventures will happen there?