I cook a lot and often don’t use recipes or just very loosely use something I see in a magazine or on Pinterest as inspiration. I’d say 95% of my original recipes turn out well, and of those, the only recipes I post on the blog are ones I’ve tested carefully and would make again and again (or in some cases, ones I’ve already been making for years! Like my favorite kitchen sink granola).

And then there’s the other 5%. So for all of the pretty recipes you see on the blog, just know there are a few others that didn’t turn out quite so well. Coming in at number seven…

7. I had the idea to make healthier pumpkin spice oatmeal cookies. I believe I used cinnamon, oats, pumpkin puree, almond butter, pecans, and honey as a sweetener. 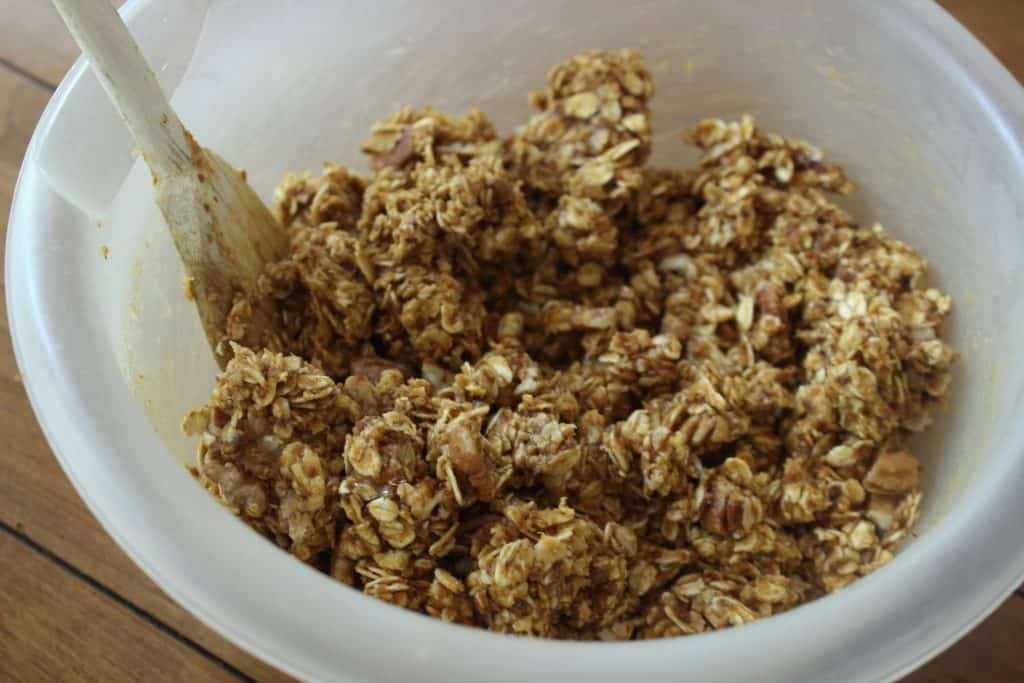 I sampled the dough as I was making it for quality control purposes and it was great! But the finished product was super bland, despite the cinnamon and honey, and the crumbly “cookies” were just not worth eating. 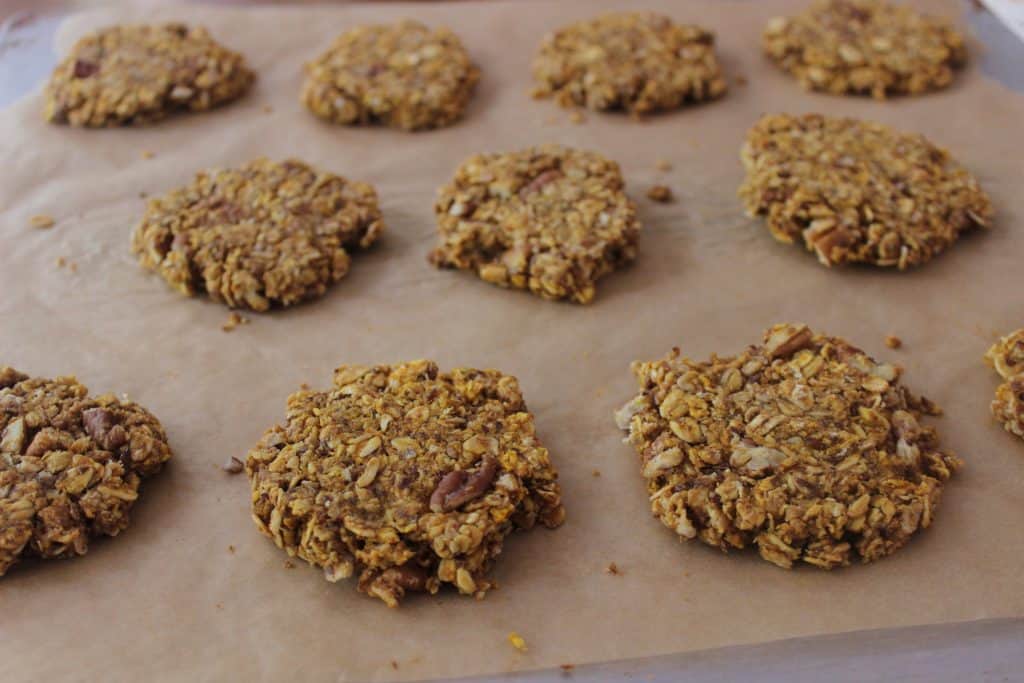 6. I’d seen one-pan chicken & veggie dinners on Pinterest but instead of following someone else’s recipe, I decided to do my own thing. This usually works but I was doing a little too much “winging it” for this particular meal. I thought chicken, sweet potatoes, and broccoli would be delicious together! And they probably would be, but in retrospect, I made at least three key mistakes. 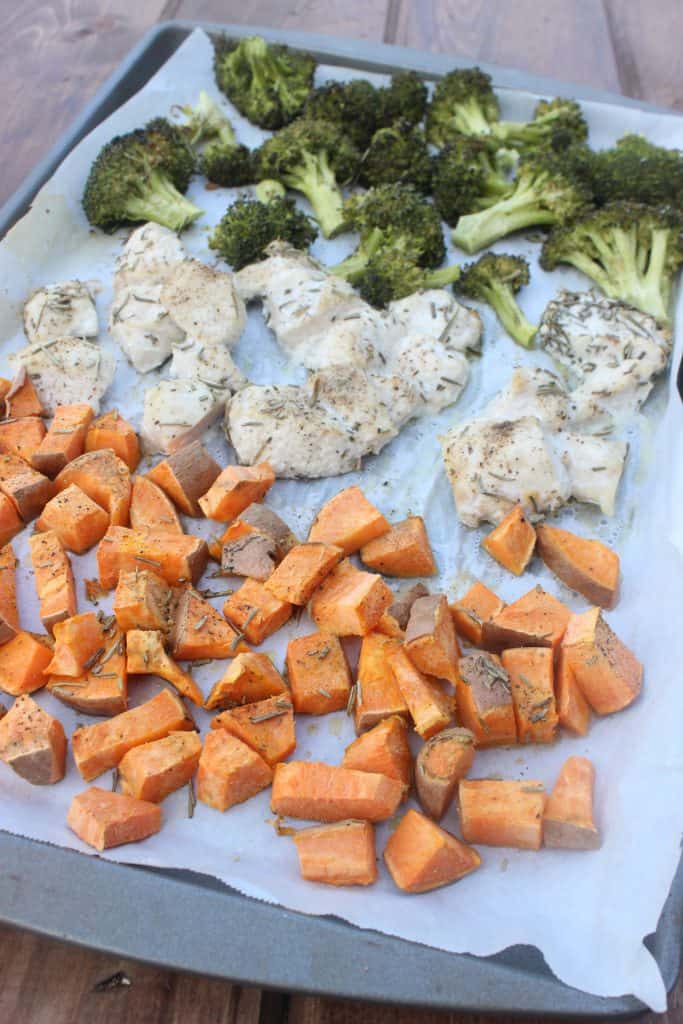 For one, root veggies like sweet potatoes take a lot longer to cook than broccoli so I definitely should’ve divided them between two baking sheets to avoid overcooked broccoli and undercooked potatoes. Second, I should’ve left the chicken breasts whole because in my attempt to let the potatoes finish cooking, the small pieces of chicken got a bit dried out. Third, I seasoned the chicken, broccoli, and sweet potatoes all the same (salt, pepper, fresh rosemary). There IS such thing as too much rosemary, for the record.

5. I’m generally not a huge fish person, but in an effort to expand my healthy eating horizons, I bit the bullet and bought two pieces of fresh wild-caught salmon from Whole Foods when I was housesitting for my grandparents this summer. 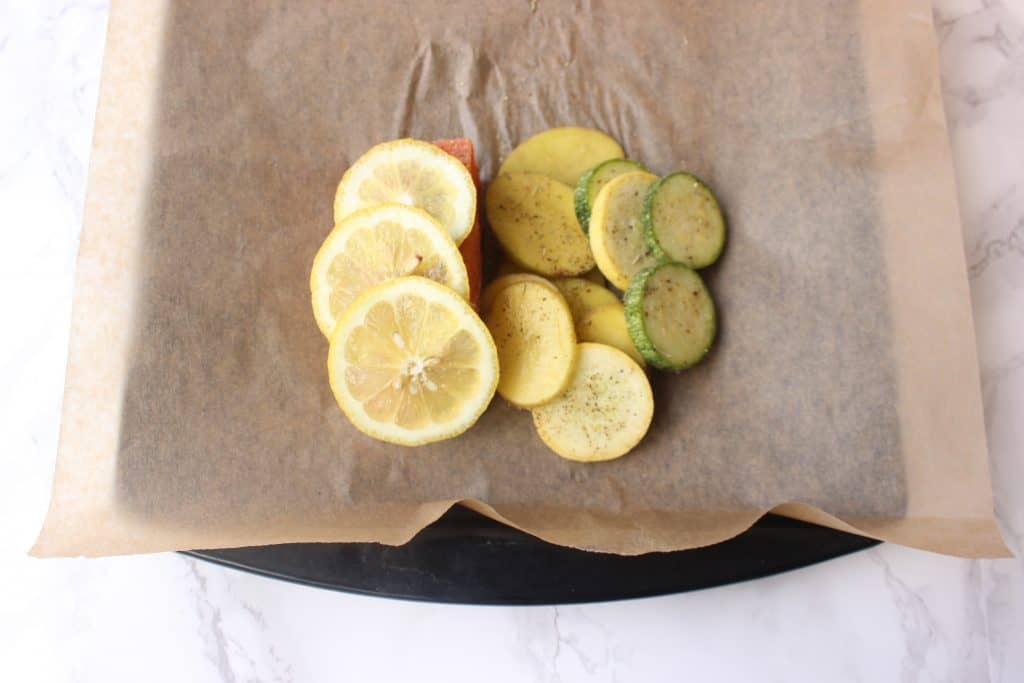 I baked it in a parchment packet with veggies & lemon and everything was going swimmingly until I slightly overcooked the two pieces of salmon AND it turns out they had a rather fishy taste, anyway. Ugh. The whole time I was eating it, I was wishing I was eating something else. Like a big bowl of pasta. And I had to suffer through eating it at two different meals since I didn’t want to waste it. 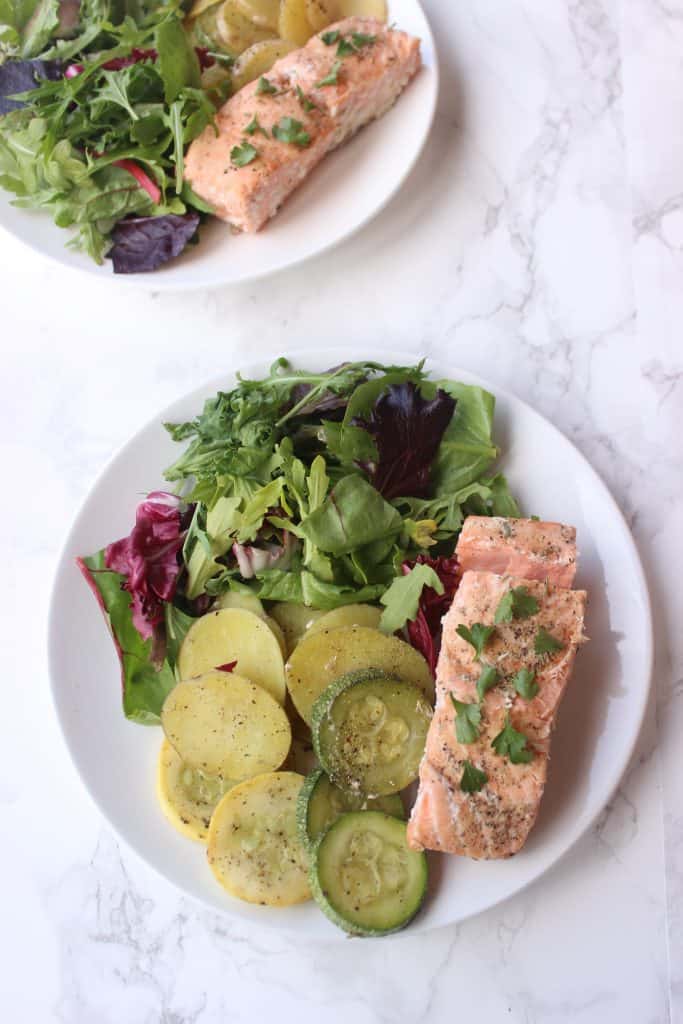 4. As I was reaching down to put a tray of sweet potato wedges in the oven, I dropped the pan. In the oven. Sweet potatoes ended up all over the inside of the 425 degree oven. 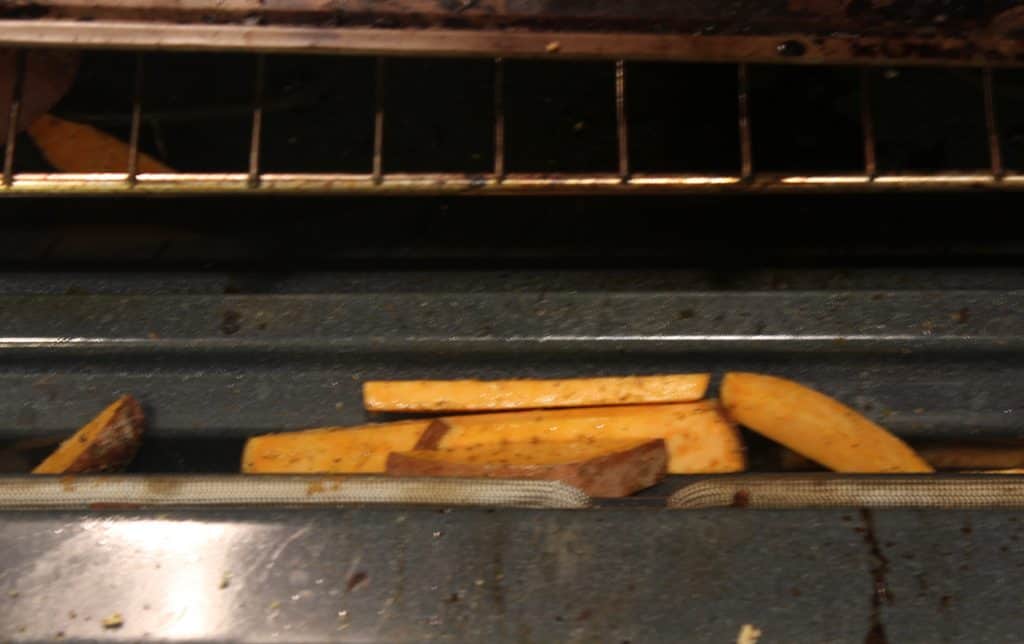 3. You might’ve heard of avocado chocolate mousse. Supposedly, you can blend cocoa powder, avocado, and sweetener like honey or maple syrup together to create a healthy chocolate mousse. I decided to give it a whirl but was in a hurry and didn’t notice how extremely ripe my avocado was. I didn’t get a picture but it actually did look a lot like chocolate mousse! Overripe avocados taste pretty bad, though, so one bite was all I could take and I haven’t worked up the nerve to try it again since.

2. My first attempt at apple cinnamon oatmeal didn’t work out great. The apples cooked a lot more quickly than the old-fashioned oats. Luckily, after tweaking the ingredients and swapping in quick-cooking oats, I came up with a great apple pie oatmeal recipe. 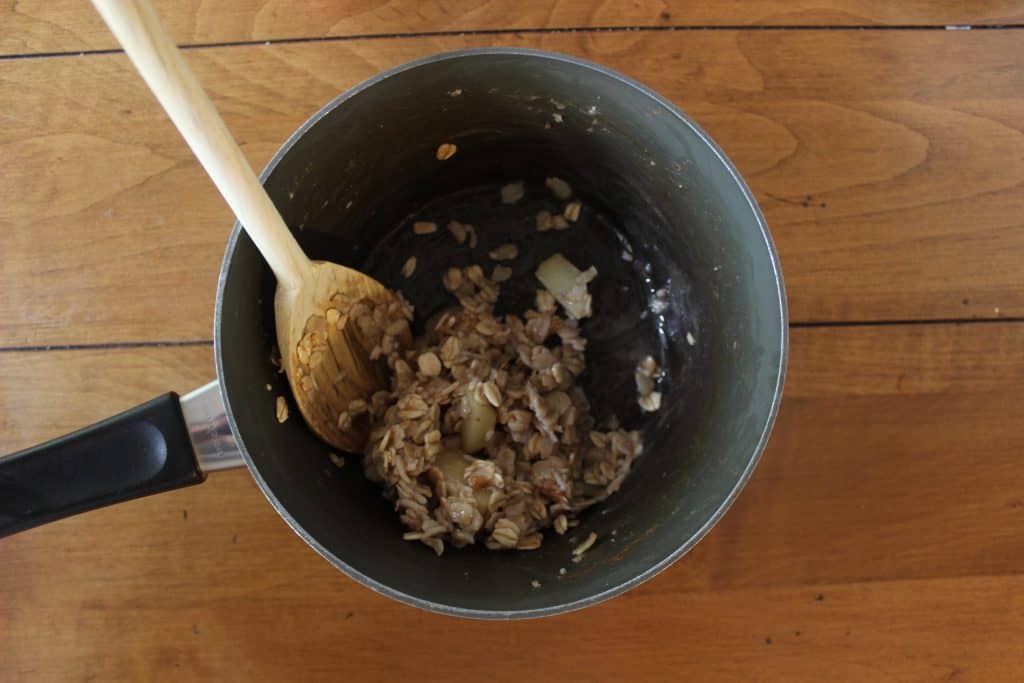 1. I had the idea to make balsamic roasted brussels sprouts. They looked great and were so full of promise… 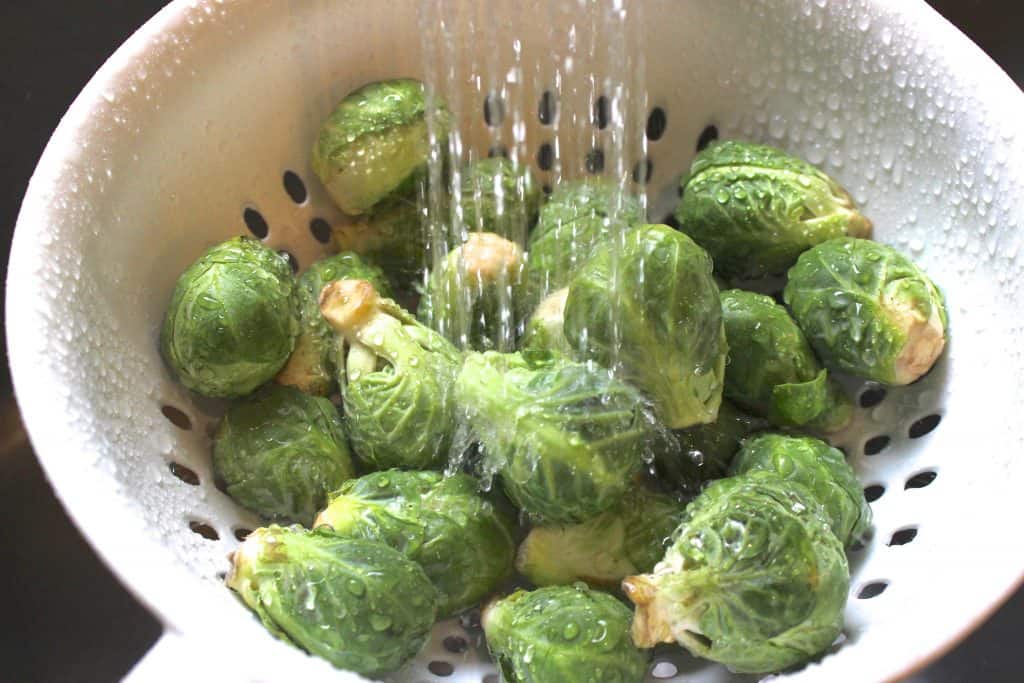 But they were really big sprouts and took forever in the oven so I think I ended up undercooking them while letting the outsides get too crispy. They were edible, but super chewy and nothing amazing. 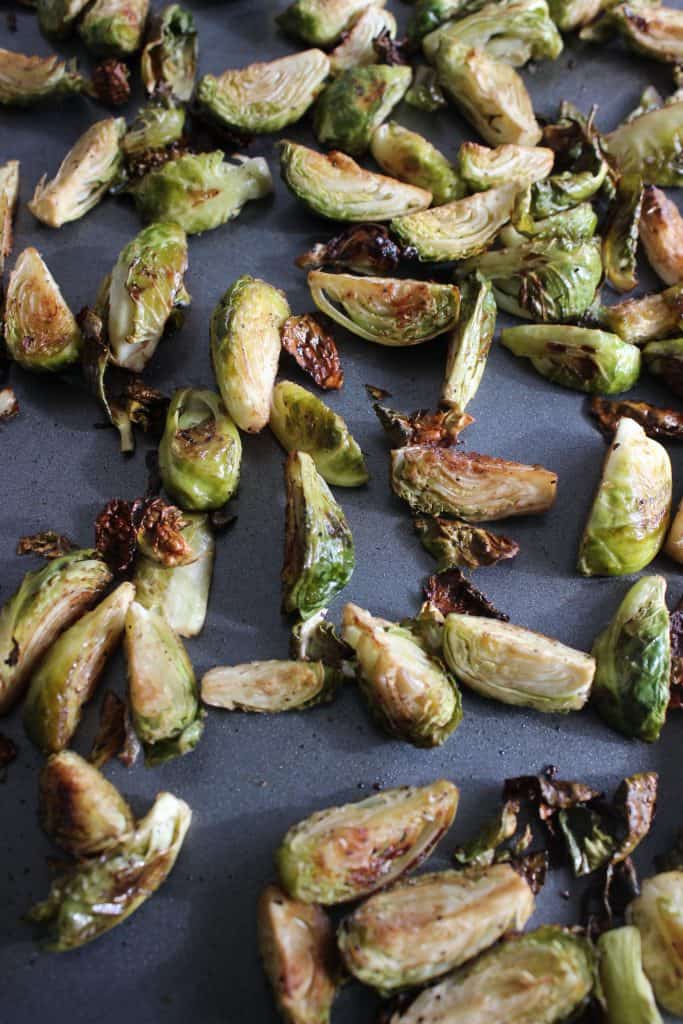 So, there you have it– my 7 biggest cooking fails of 2016. Hope YOU have a wonderful New Year full of delicious food and mishap-free cooking!

So tell me…
What have been some of your cooking/recipe fails or mishaps?