You are here: Home / Health & Fitness / My First CrossFit Experience

I’ve heard a lot about CrossFit over the past couple of years, but I didn’t have the chance to try it until this past weekend. I know lots of you have heard of CrossFit and know what it’s all about, but for those who may not have, it’s a type of relatively high intensity strength training workout done at different CrossFit gyms (or as CrossFitters refer to them, “boxes”).

My sister is an avid runner but she’s been doing CrossFit for the past year and has gotten seriously ripped, so I invited myself along to her workout on Saturday morning. Her gym does a partner WOD (workout of the day) on Saturdays, so we got to do all of the exercises together, which was fun. 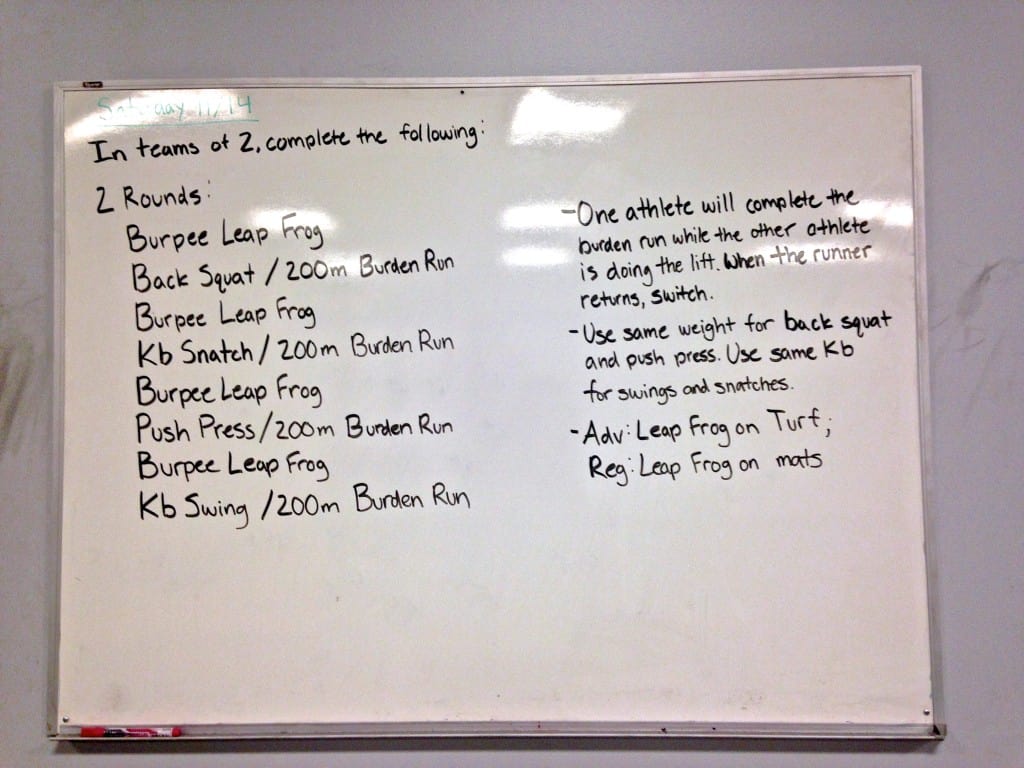 Some of you may know that I’m a cardio queen, and even though I know strength training is important, my workout of choice is always running. 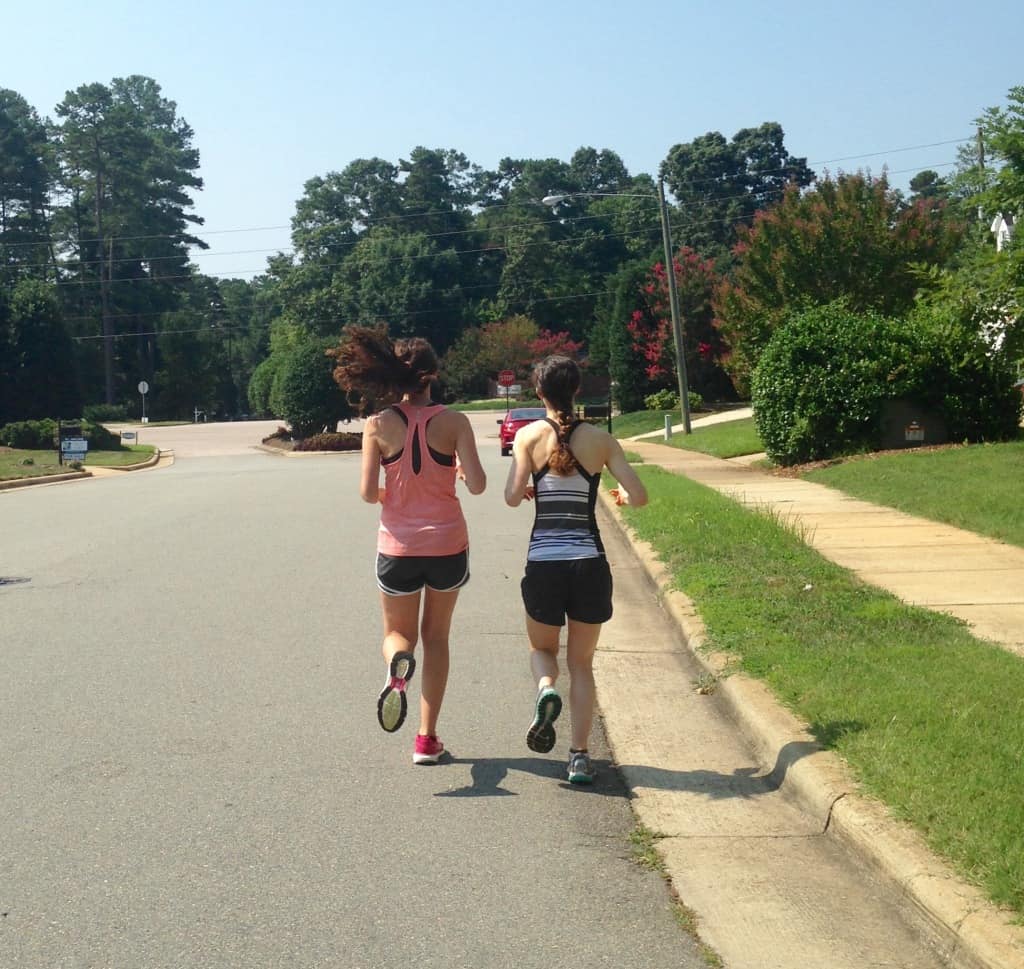 I’m pretty unenthusiastic about lifting weights in general, mostly because I really like exercising outside and I really love running. I’ve been trying to add more strength training into my workout routine this year, though, so I was excited to give CrossFit a try. I was expecting the workout to last 20 minutes or so since my sister said that’s the typical length, but the Saturday workout actually lasted about 40 minutes after the warm-up.

If I had to describe the experience in one word, I’d say it was HUMBLING. I’d like to think I’m in decent shape, but the burpee leap frogs (alternating doing burpees with a partner and jumping sideways over your partner after each one) and push presses with a barbell were killer. I was glad that running was incorporated into the workout in the form of a 200 meter burden run wearing a weighted vest or carrying a medicine ball because I could look forward to the running parts almost as a “break” from the other movements I wasn’t used to doing. 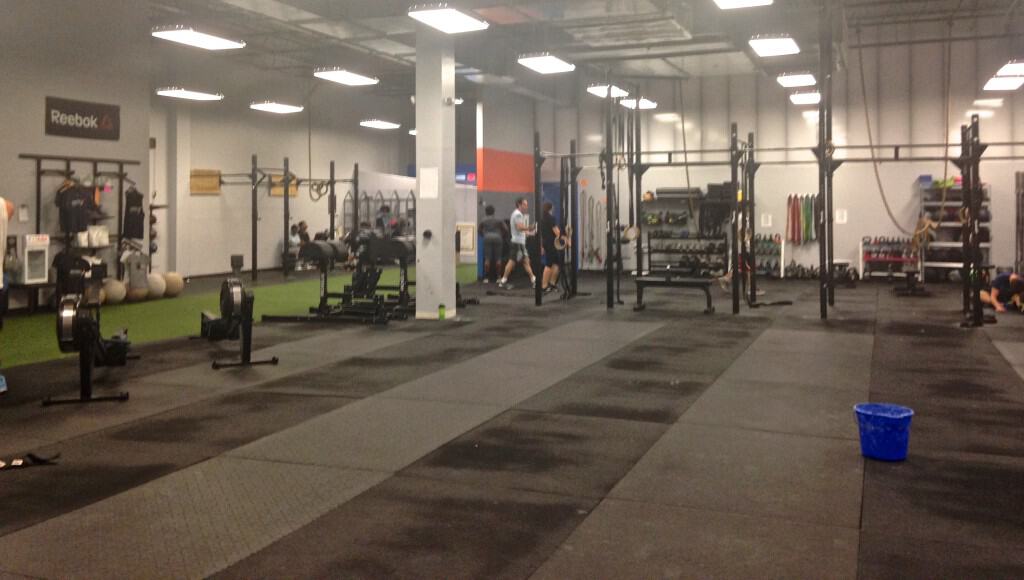 I learned that…
1. I don’t dislike strength training as much as I thought I did.
2. I’m in worse shape than I thought I was.
3. Being able to run long distances or running 30-40 miles per week isn’t enough for overall physical fitness (okay, I already knew that.)

Would I do it again?
Absolutely! It was a great workout and I like the idea of short, efficient, high-intensity exercise. I won’t be joining the CrossFit gym this year, though, for two main reasons. First, convenience. I’d have to drive to the gym and the car I share with my sister is parked at her dorm, almost a mile away from mine, so it wouldn’t be realistic for me to do it more than once per week or so based on my current schedule. Second, cost. Even with a 10% student discount, the membership fee at our local CrossFit gym is pretty hefty ($160/month), which I wouldn’t be able to justify, especially if I was only going once or twice per week. 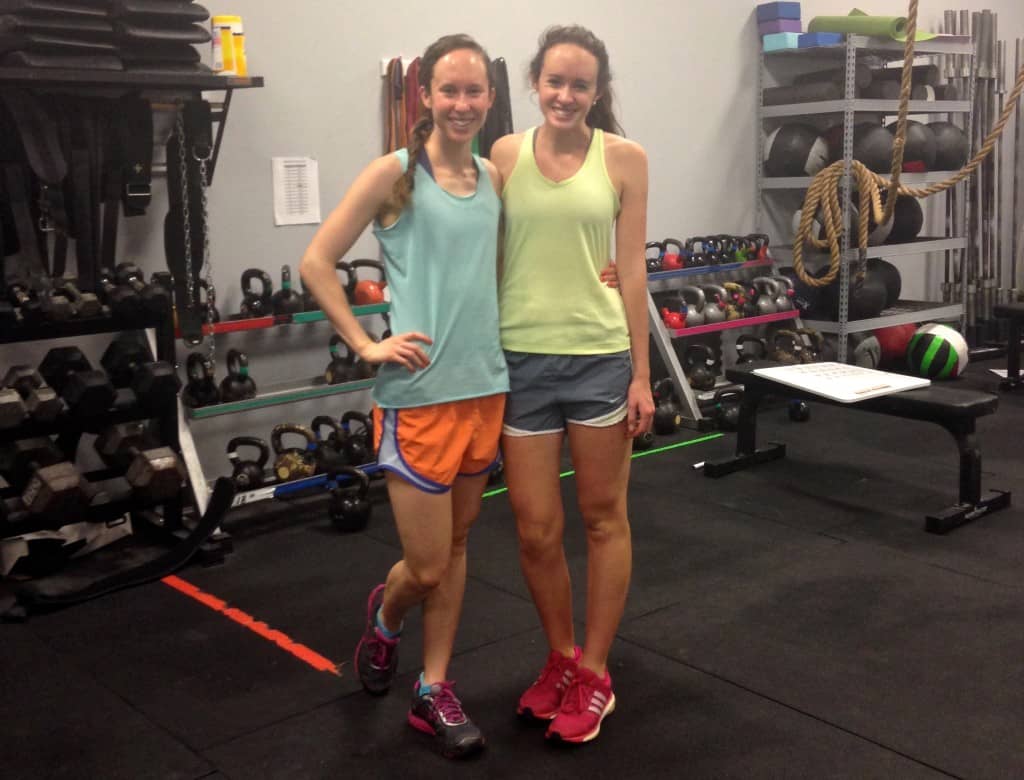 I’m definitely motivated to start going to more (free!) strength training classes at the campus gyms, though, because I’ve begun to see how beneficial it is to get stronger. I’ve actually been taking a weight training P.E. class this semester and have been surprised by the fact that I’ve almost started to enjoy lifting weights. The class meets two days per week, and once the semester ends, I’m going to recruit a couple of gym buddies to hit the gym a couple of times per week either for strength classes or lifting weights.

And in the future, who knows? Maybe I’ll be able to make CrossFit part of my everyday routine. If you’re interested in checking it out, I’d definitely recommend checking with a CrossFit near you to see if you can get a guest pass!

Questions for you:
Have you ever done CrossFit? Any avid CrossFitters out there who want to chime in about their experience?
How do you usually do your strength training? (group fitness classes, DVDs, rock climbing, etc.)?

A Day of Whole 30 Meals
What Really Small Things Make You Happy?