You are here: Home / Running / My Running Story

Most people who know me know that I love running, and sometimes people will ask me how I started doing it. I can hardly remember a time when running wasn’t part of my life!

I did my first track meet in 1st grade, which probably had something to do with the fact that my older sister liked running, so as a 7-year old, you bet I was going to like it, too. And I haven’t stopped running since. 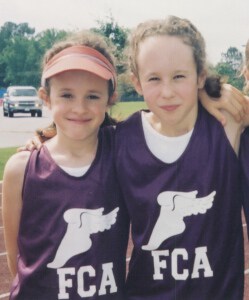 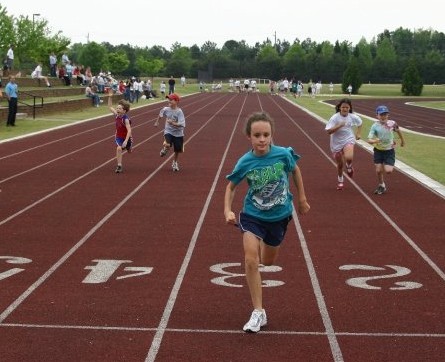 A year or two later…this race was serious business (apparently only to me). The girl in lane 2 is rocking Crocs with socks, and the kid in lane 5 is waving to his parents!

I ran my first road race (<– a whole mile!) as a 3rd grader, complete with a carb-loading pasta dinner the night before. My parents aren’t runners but they heard that was a runner thing to do.

As you can probably see, I won first place in the fashion division. Cheetah ear warmers, orange sweatshirt, pink gloves, and the best part, sweatpants that say “girlfriend” on the back. I probably shouldn’t have been allowed to dress myself until high school. 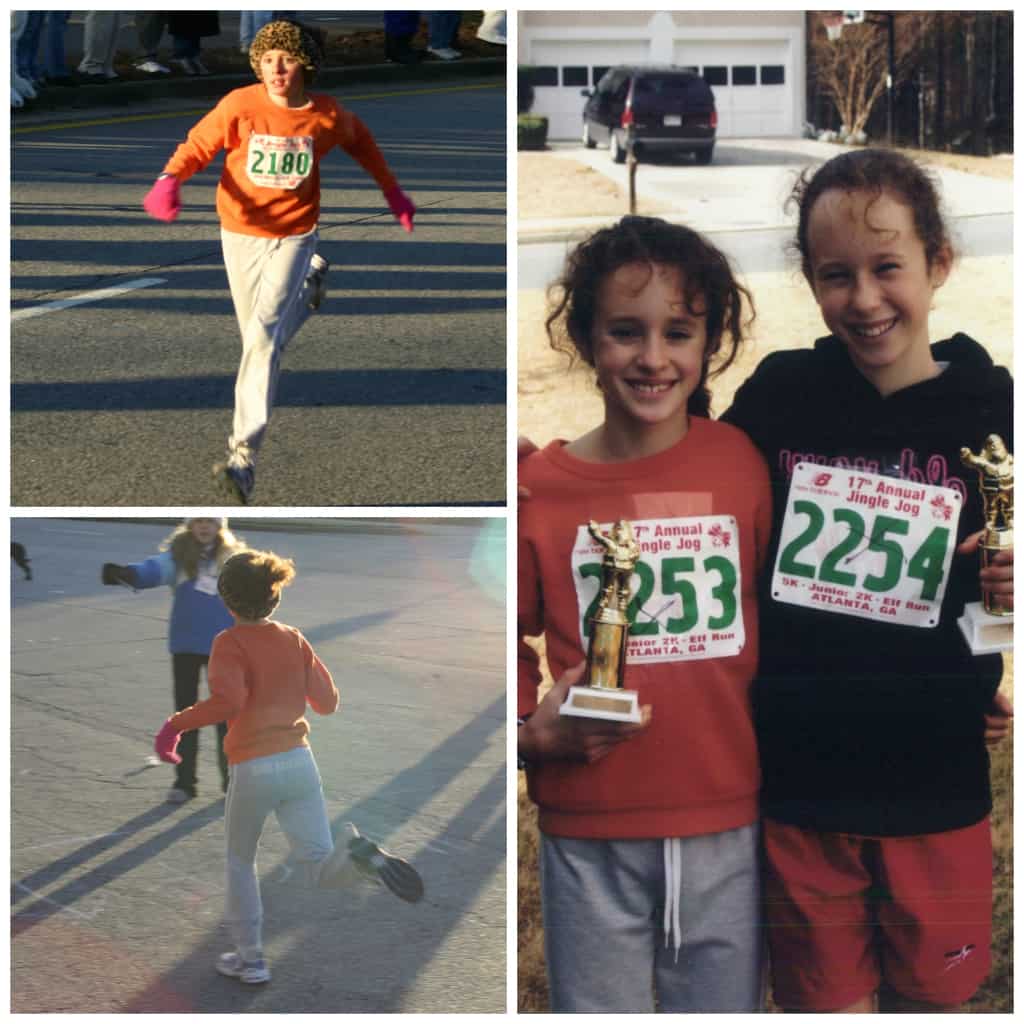 My competitive side loved racing instantly

All throughout elementary school, I played soccer and basketball, too, but I’ll be honest, I wasn’t the most coordinated kid out there. I could almost always get to the other end of the field/court first to get the ball, but once I got the ball, what the heck was I supposed to do with it?

Plus, I loved doing “suicide” sprint drills during practice  and running up the giant hill near the fields after practice. What kid enjoys doing that? 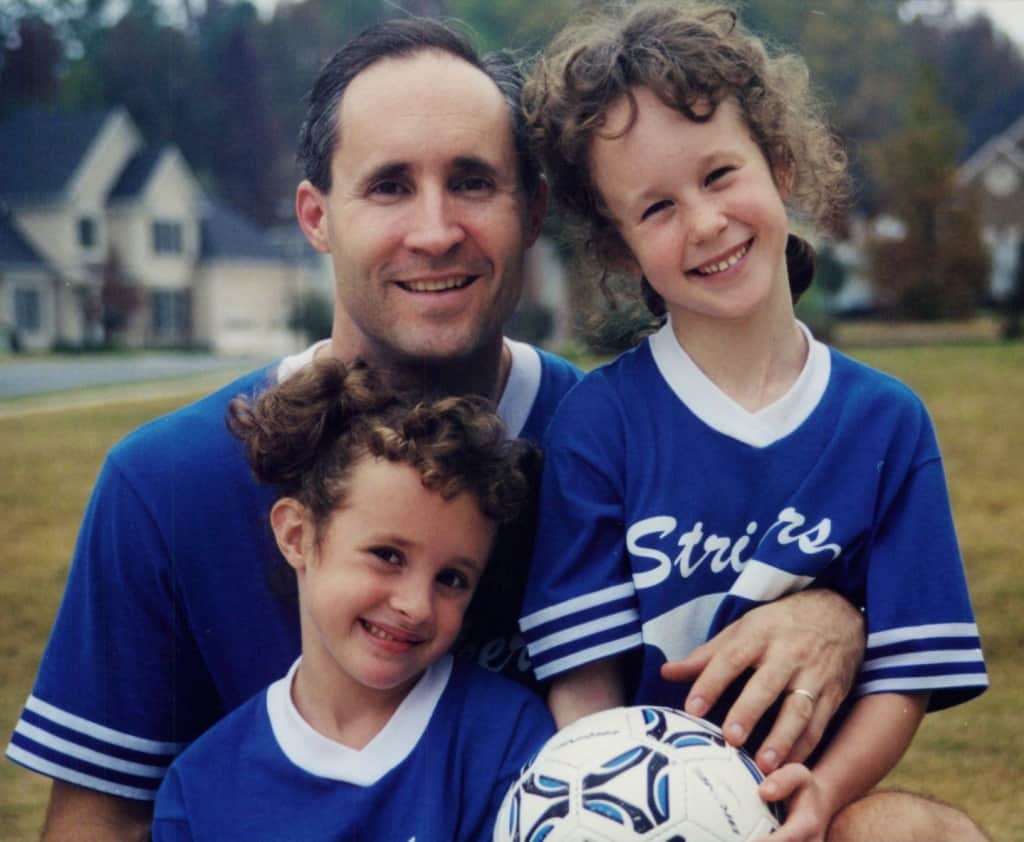 I also swam for 6 years, but running was always my favorite. When I got to high school, I joined the cross country team and got to run with my sister again for my freshman year of track and cross country. Before the first day of practice, the farthest I’d ever run was 3-4 torturous miles.

After a season of cross country, though, 8 mile runs were no longer daunting; they’d actually become really fun. 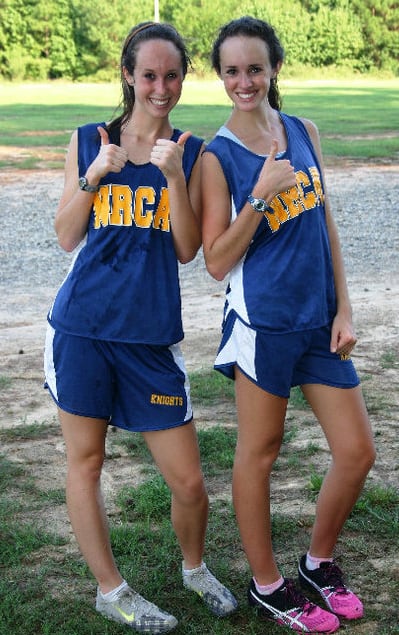 After my first cross country 5k– I’m on the right

My love of distance running had begun. I did my first half marathon (1:33) when I was 16 during my sophomore year of high school. I’ve done 4 more since then, with a personal best time of 1:31. I can’t wait to try a full marathon someday! 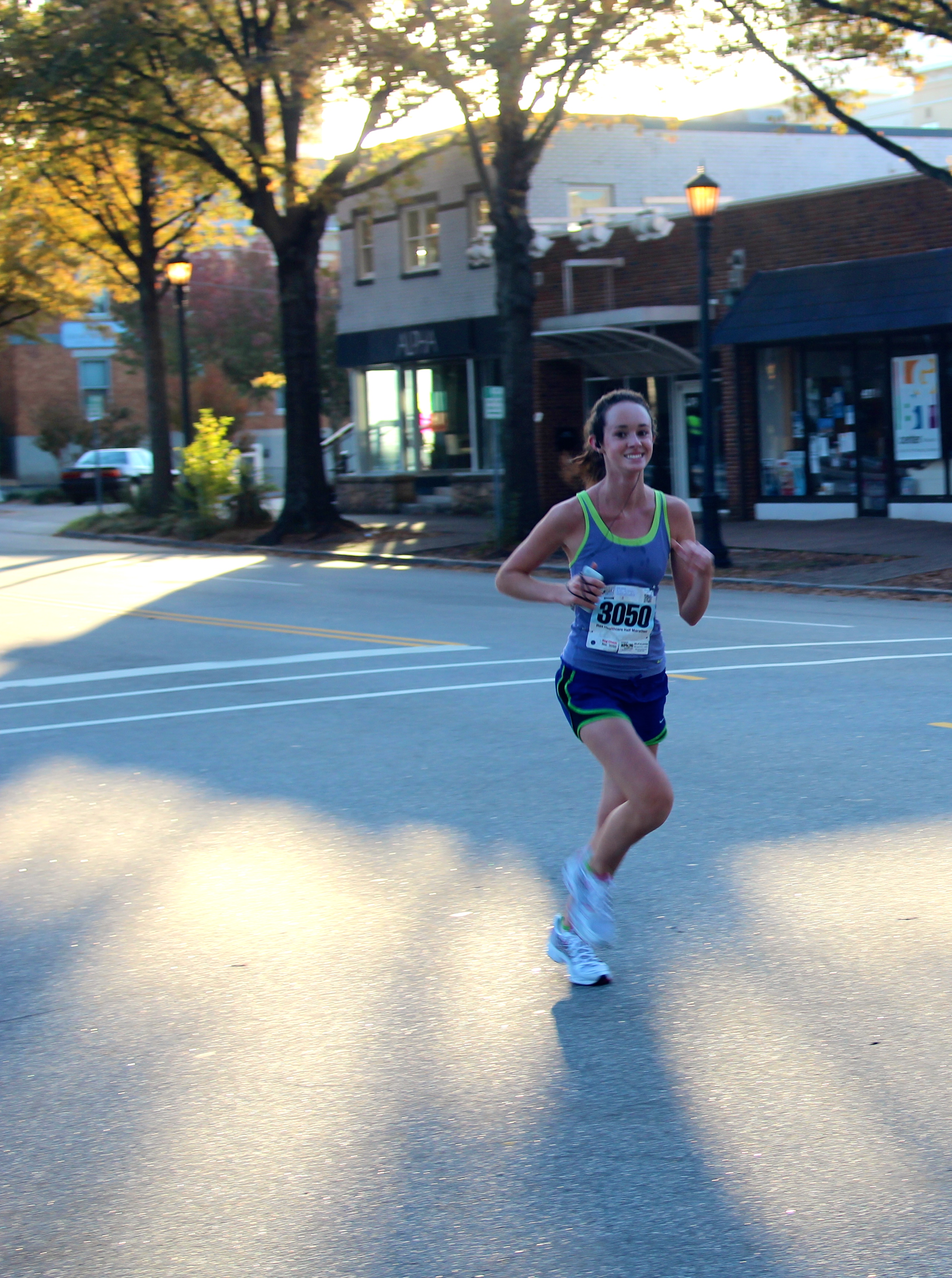 During my first half marathon

After 3 seasons of high school track and 4 seasons of high school cross country, I was ready to take a break from structured running when I got to college, but I’ve found some awesome groups of girls to casually run with, which has been so great. These days, I run 5-6 days per week, ranging from 5-8 miles each time.

To sum it all up, I’ve tried lots of sports, from swimming to tennis to basketball to soccer, but none of them have made me feel the same way running does.

Of course, it hasn’t always been rainbows and sunshine, and I’ve had a few different setbacks and injuries along the way, but I’ve always loved the endorphin rush I get after a run or a race, the hilarious (and sometimes deep) uninterrupted conversations with friends on runs, the time to clear my head when I run by myself, and the ability to run anywhere.

Here’s to many more years of running in the future!

3Exercise Myths I Used To Believe
Showing Kindness to Ourselves