You are here: Home / Life / Life Lately, According to my iPhone

Hi! Hope you’re having a great week and staying cool. In Little Rock, AR, where I’ve been staying with my grandparents for the past 10 days or so, it’s been HOT. Temperature highs have been 95+ while I’ve been here.

My time from 9 to 5 each weekday is spent at the law firm where I’m doing my internship, but when I’m not at work, I’ve had time to run, hang out with my grandparents, and work on some summer projects. I thought I’d fill you in on what’s been going on lately with pictures from my phone (I apologize that they aren’t the greatest quality since they’ve all been quickly snapped with my phone!)

Running has been a little tricky here since there aren’t any sidewalks either in my grandparents’ neighborhood or along the roads outside of their neighborhood. There’s a little 3/4 mile loop in their neighborhood, as well as a hilly 2 mile out-and-back stretch of road, so if I’m doing a shorter run, I’ll run some combination of those routes a couple of times.

I knew those two short routes would start to feel repetitive soon, so I asked my grandpa if there are any trails nearby. It turns out that there’s a trailhead for the Arkansas River Trail about 5 minutes away so some mornings, I’ll wake up a few minutes earlier and drive to the trail to run there instead. One morning last week, my grandpa brought his bike to the trail so he could ride while I ran. 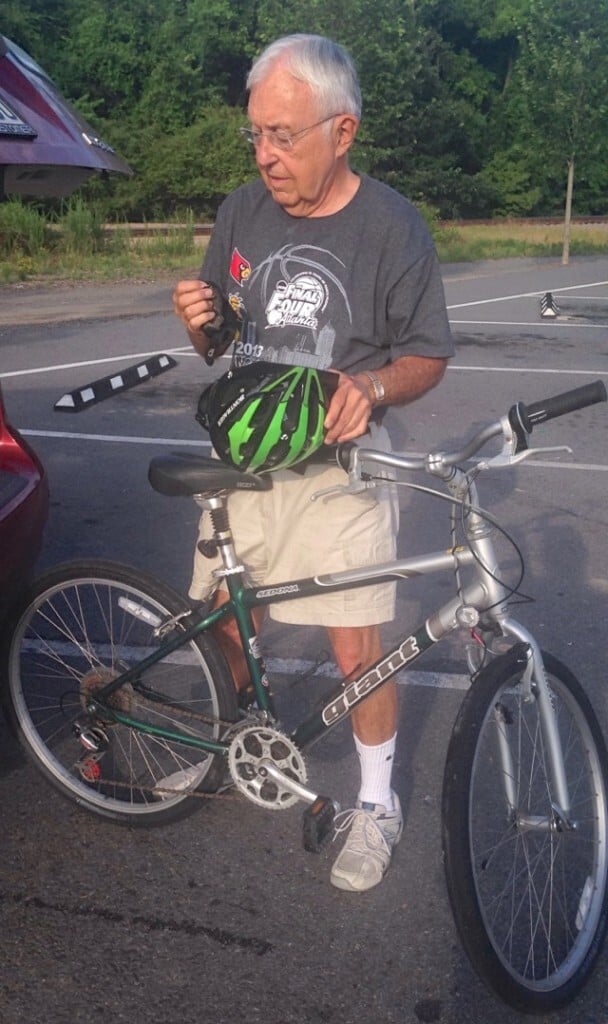 Trying to keep up with him on the bike was no joke, especially on an almost 90 degree morning. It was by far the fastest run I’ve done in a while, so I think I need to get him out there with me more often! 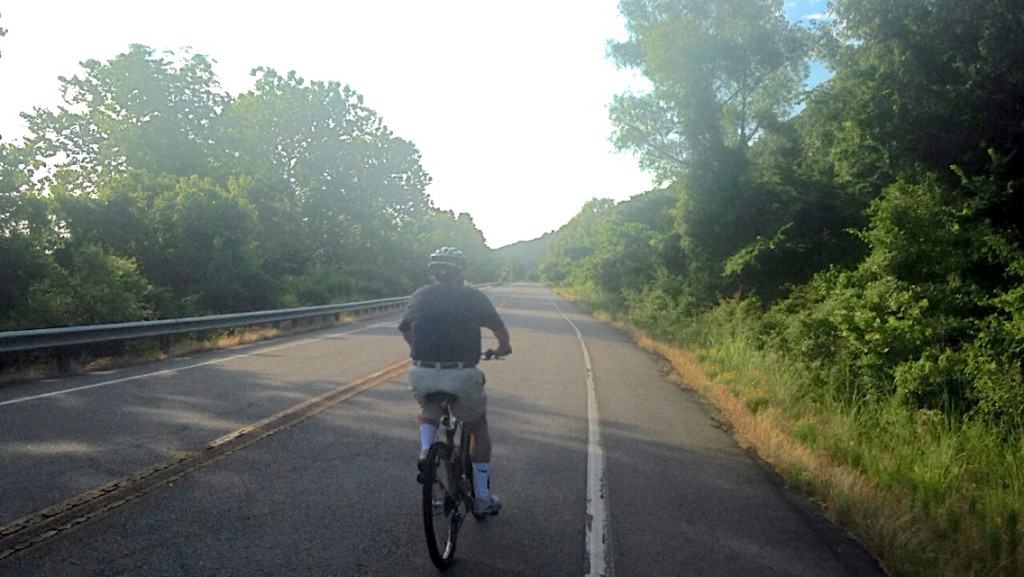 Because of my beach trip and long road trip, I’ve been gone from home almost 3 weeks and I’m starting to miss my family, my mom’s cooking, and of course, my dog, Gracie. My sister sent me this Snapchat picture a couple of days ago, which of course made me miss her a little extra. 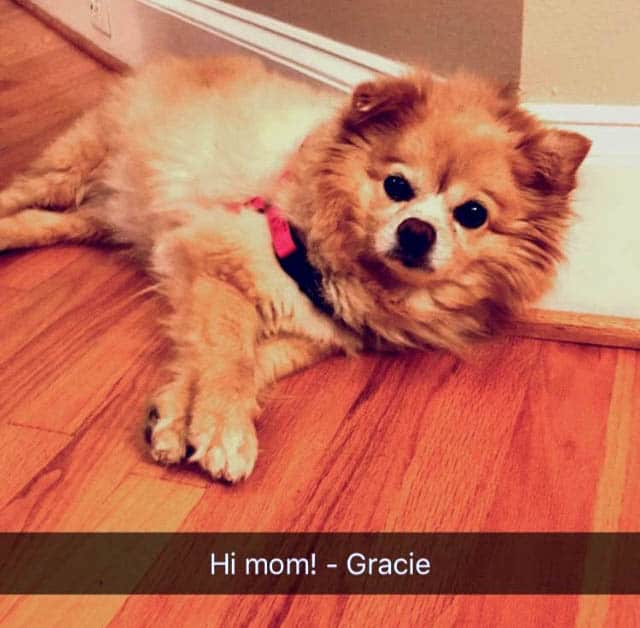 As much as I love Gracie, I have to admit that she’s not very cuddly. She doesn’t like being held and her favorite spots to sleep are hidden corners, but my grandparent’s dog is the complete opposite. He follows me around the house and practically jumps into my arms when I walk in the door. On my first night here, he actually hid himself in my room before I went to bed, so when my grandpa started looking for him, he couldn’t find him! 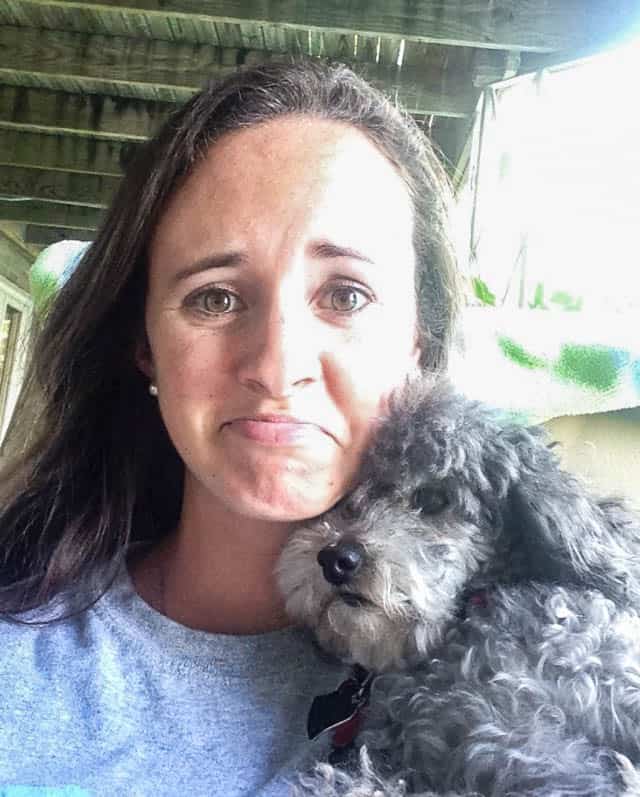 Gracie’s still my #1 girl, but I’ll enjoy all of the extra snuggles I can get while I’m here.

Speaking of family, my brother (the one with the funny hat) and one of his friends started hiking the Appalachian Trail last week! My dad dropped them off to start in Georgia and he plans to hike for about a month. He’s been hiking around 8 or 9 miles per day over rough terrain. I’m living vicariously through him as I get text updates and pictures while I’m sitting in the office. 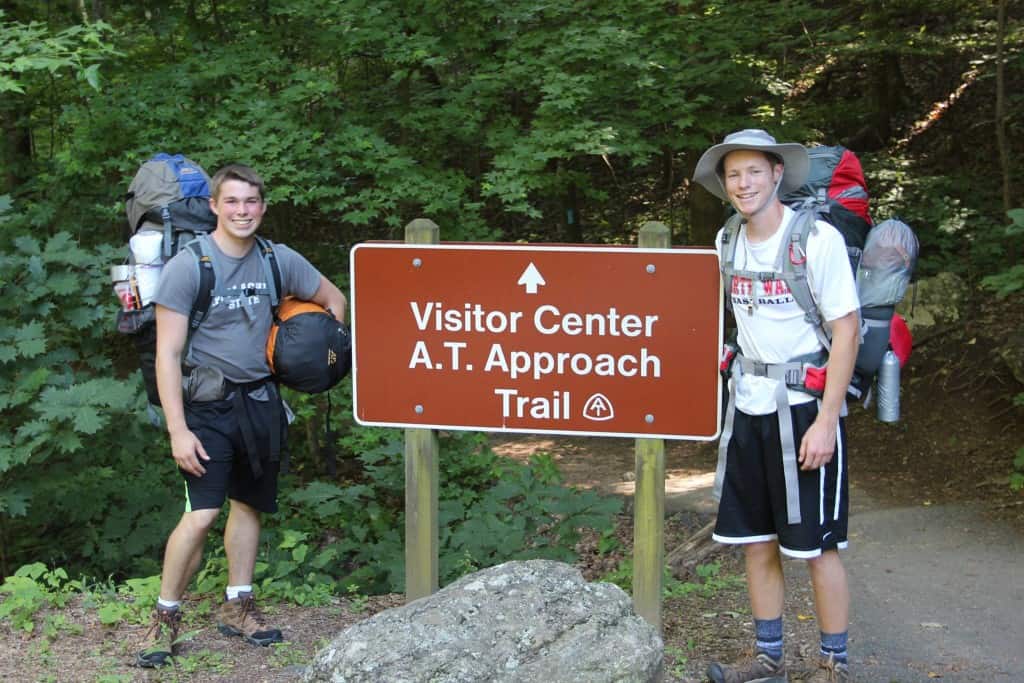 Let’s see, what else has been going on? My grandparents celebrated their 54th wedding anniversary last week and they were kind enough to invite me to tag along for their celebratory dinner. 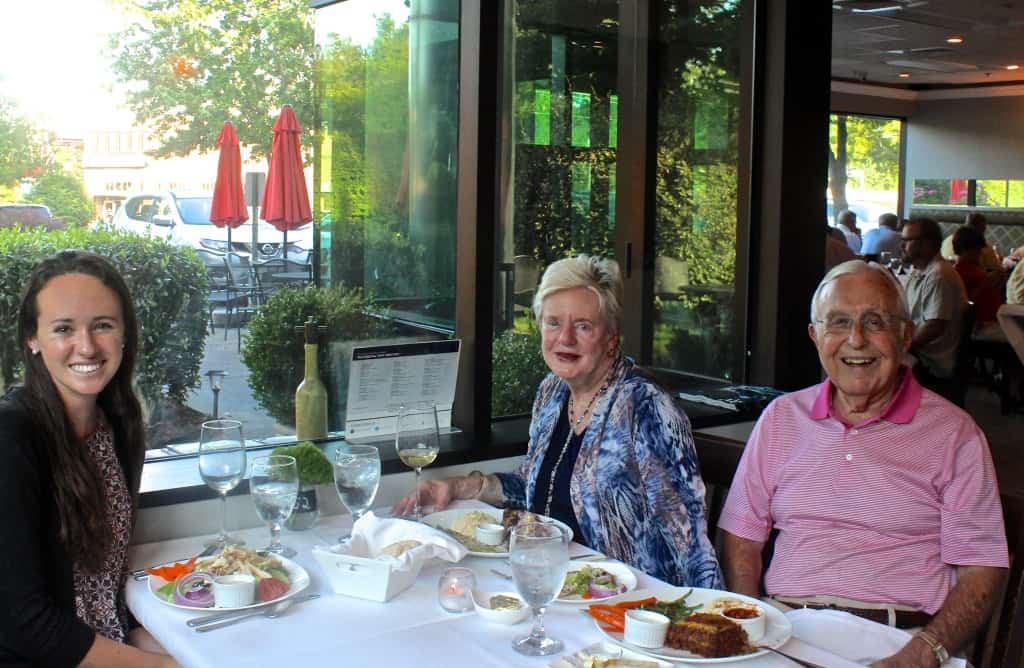 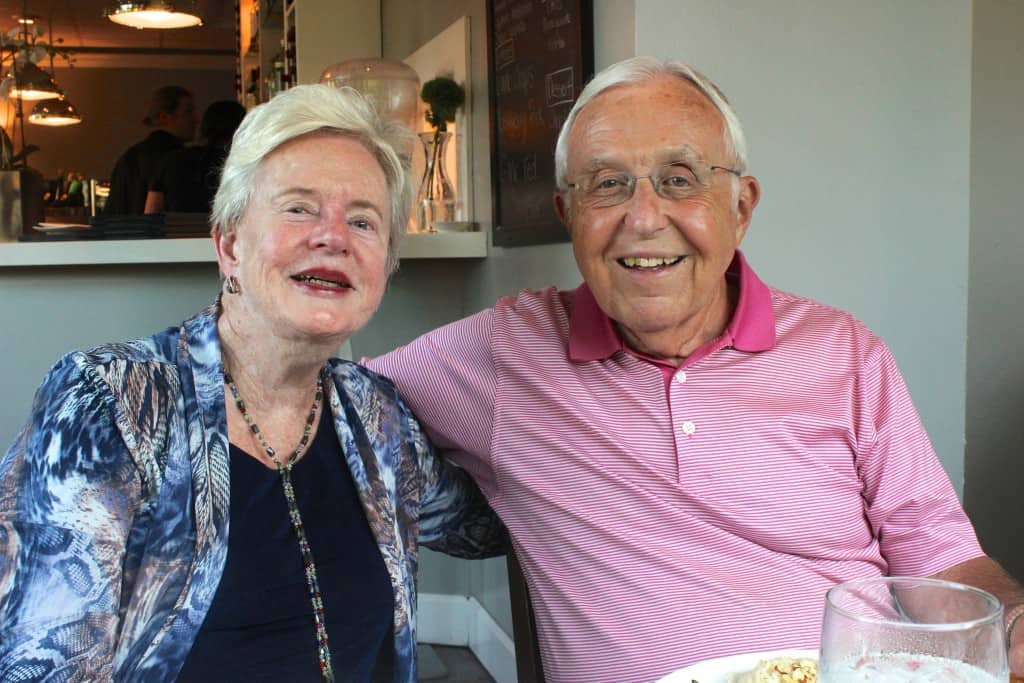 One of the young attorneys at the firm invited me over to her house for dinner on Friday night, which was a lot of fun and I especially appreciated the invitation since I obviously don’t know lots of people here yet.

On Saturday, I drove to the trails early to run and then my grandpa and I went to FOUR grocery stores– Natural Grocer, Whole Foods, Kroger, and Fresh Market.W e have a tradition of always going grocery shopping together but we might’ve gotten a little carried away this time. We didn’t really need to go to four, but we made an afternoon out of it and picked up some fun new foods to try. 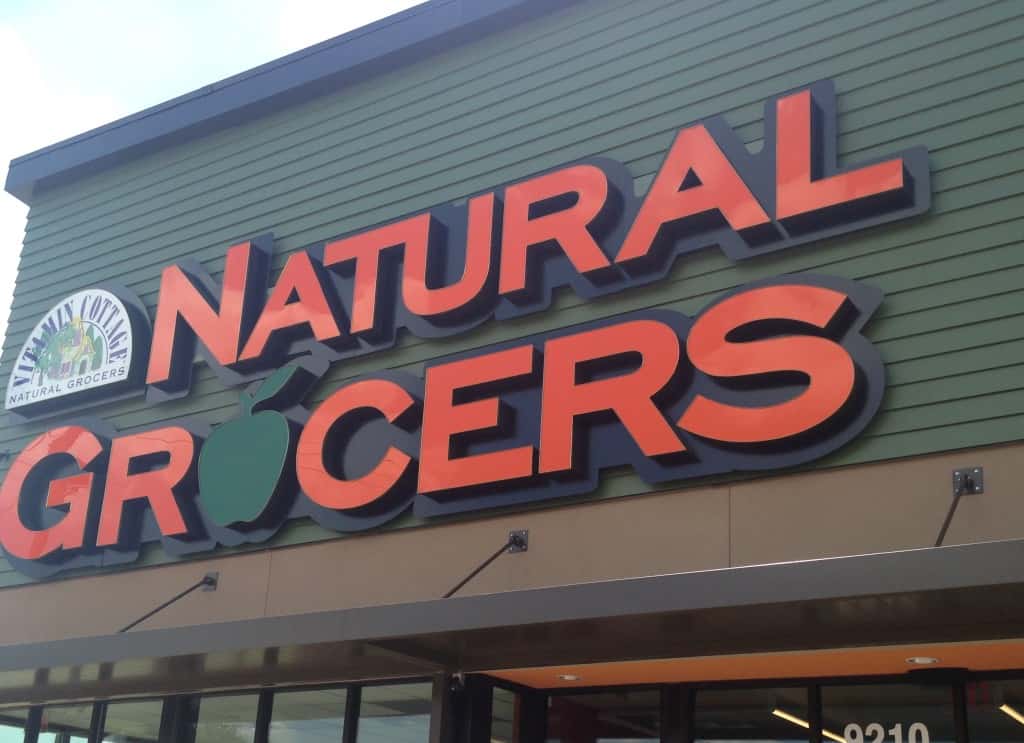 We’re great shopping buddies– we’ll inevitably end up separating at some point, but there’s almost an unspoken agreement that when we’re done, we’ll find each other again in the ice cream aisle. 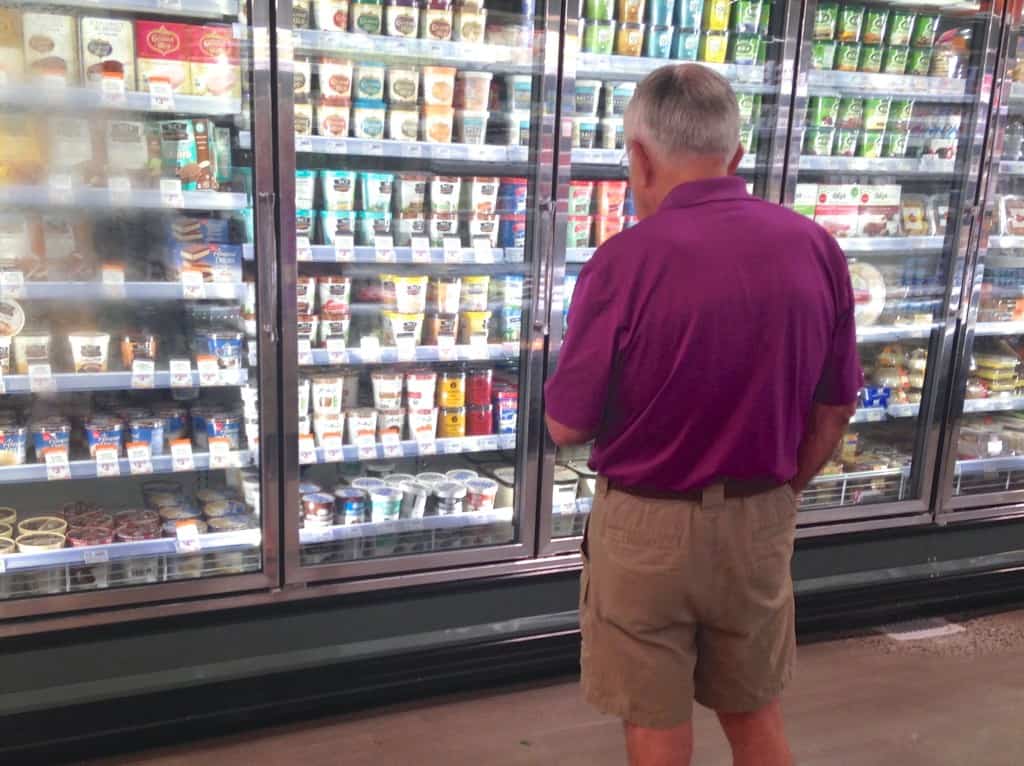 Before coming to stay with my grandparents, I’d managed to successfully kick my daily ice cream habit and only had it a couple of times for special occasions in the prior weeks. When I arrived at their house, though, I found a freezer already stocked with 8 pints and the temptation has been too much for me to resist.

On the bright and delicious side, though, I discovered one of my very favorite new ice cream flavors– Empower Mint from Ben & Jerry’s– at Kroger. There’s a ton of fudge swirl, the brownie mix-ins are giant, and they both go perfectly with the mint ice cream. 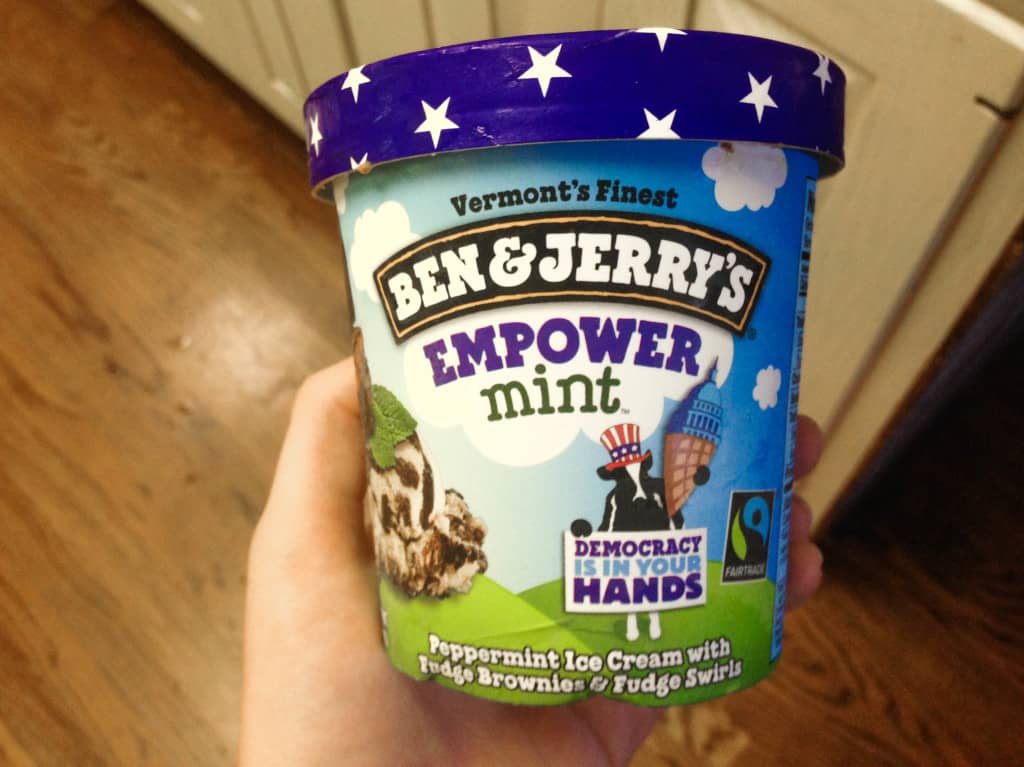 Since I usually don’t get home from work until at least 5:30, I haven’t done lots of cooking lately. I did make a very casual dinner one night for my grandparents, which included roasted broccoli, roasted sweet potatoes, and baked rosemary chicken for a simple and healthy meal. 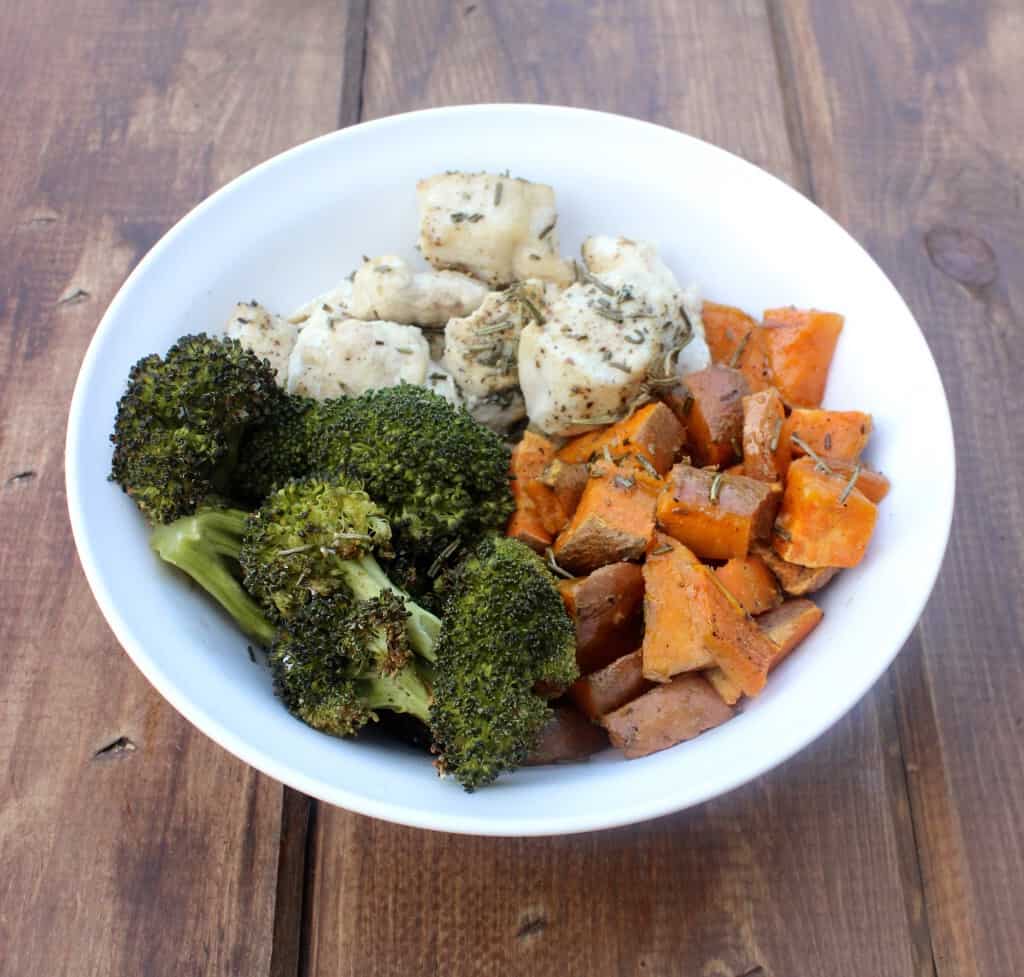 I’ve been eating out a lot more here than I do at home, often twice per day between work lunches and dinners out with my grandparents, so I’m doing my best to make healthy choices. I’ve been on a major Greek salad kick lately and have had probably at least 4 from different restaurants since I got here. The best one yet was from lunch yesterday with my grandpa at Samantha’s Tap Room. 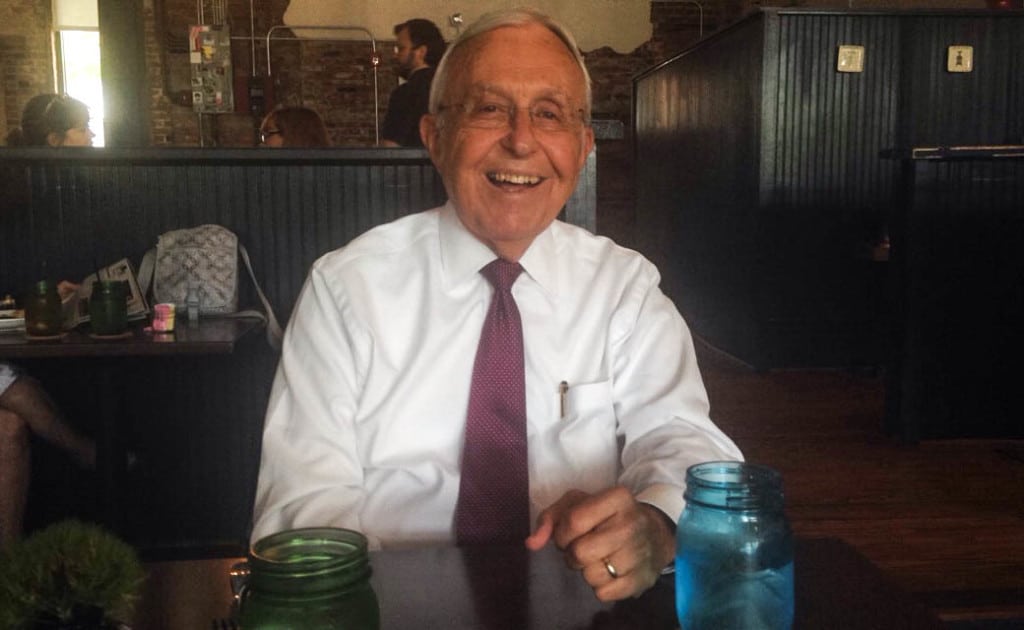 When the waitress mentioned how delicious their chipotle mac ‘n’ cheese is, I had to get a side to share with my grandpa and it was a good decision. I’ve been to maybe 15 restaurants so far in Little Rock, which is such a change from my routine of eating at home for every meal and going out with friends on occasion, maybe two or three times per week at the most. 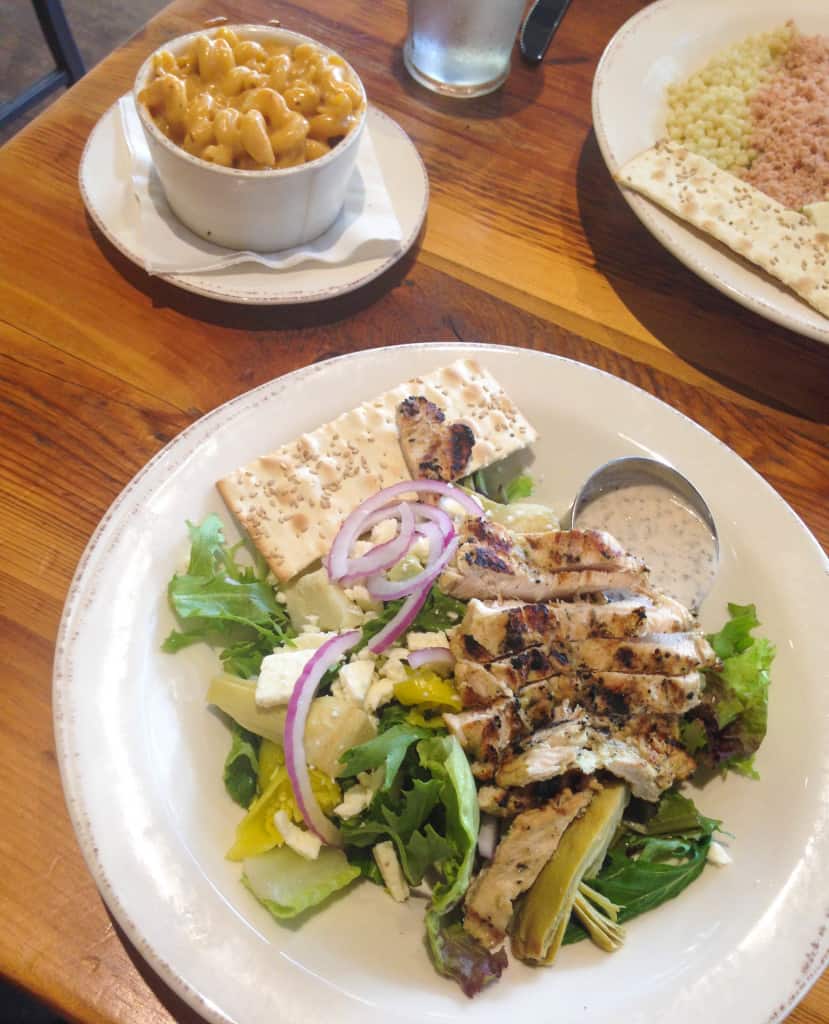 That’s a little bit of what I’ve been up to lately!

So tell me…
What have you been snapping pictures of lately with your phone– delicious food, a fun vacation, your cute kids?
Any simple meal combos you love? I’m all ears!